Two first half goals in the space of 5 minutes from Declan Hughes and Robert Duncanson earned visitors Forres Mechanics all three points today. It was the Can-Cans first League win since November.

It was a poor performance from Academy who were looking for their third straight win, with the Scorries failing to make any real threat on the Forres goal.

The visitors tested Gordon Clark twice in the opening exchanges with Lee Fraser coming close on both occasions.

On the half-hour they broke the deadlock. Declan Hughes latched onto the ball as it bounced off the feet of the Academy defenders and he took full advantage steering home past the  static Gordon Clark.

Five minutes later they doubled their advantage. Hughes whipped in a cross from the right and picked out the unmarked Robert Duncanson who took a great first touch to control the ball and slotted home with a cool left footed finish.

Clark had to be at his best in the Academy goal just before the interval as he pulled off a great save to deny Lee Fraser.

Forres picked up where they left off after the break with further good chances coming through Stuart Soane and Niall Docherty.

Academy finally showed some intent and Jack Henry was unlucky not to pull a goal back as his goal-bound strike took a deflection and flew just over the bar.

Forres almost gifted David Allan a goal as they failed to clear a Colin Macrae cross but Alan passed up the chance by slicing his shot wide of target.

Forres finished with yet another great chance. Clark again was called up to make another good save blocking Joe Gauld’s attempt and Hughes fired the re-bound off the post.

Man of the match as chosen by match sponsor Mountain Dew Bar was Robert Duncanson. Robert is pictured receiving his trophy from Fiona Reid 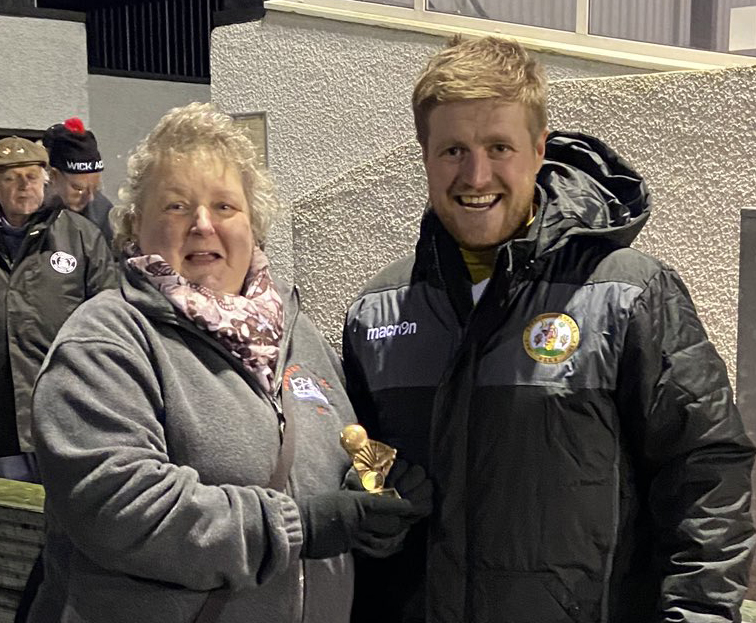