In the second article of our series Gary Weir picks his greatest XI and memory match.

Gary made his Academy debut on the 25th January 2003 under manager Alistair Budge in a North of Scotland Cup away tie against Nairn County. He had a total of 450 appearances for the club scoring 168 goals including 8 in a single match against Fort William in October 2013.

His best XI is as follows. 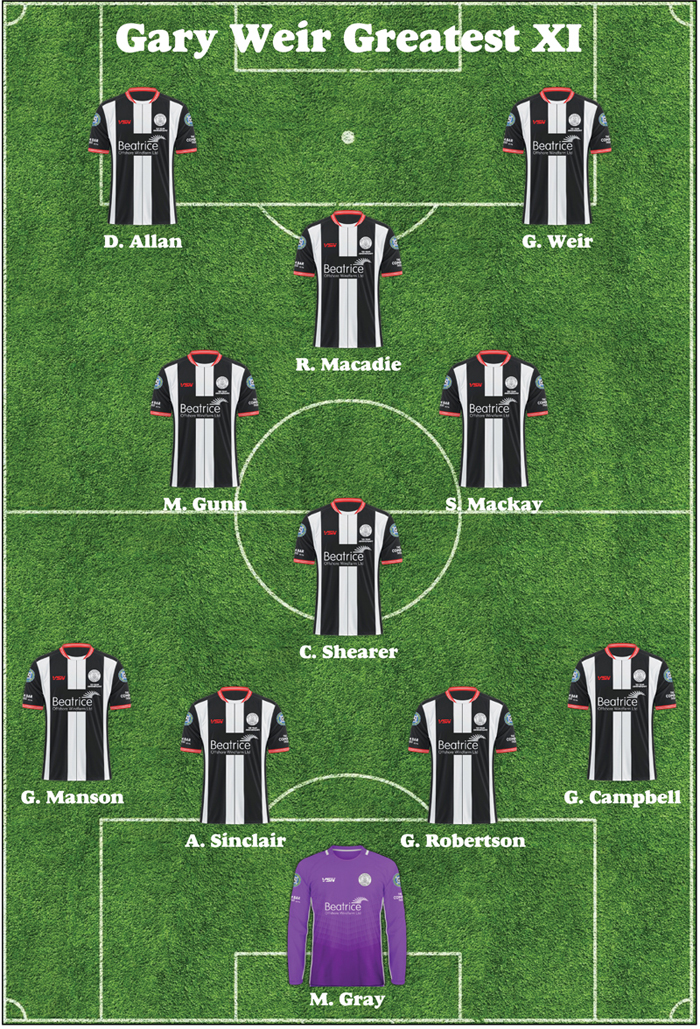