In the third article of our series Sam Mackay picks his greatest XI and memory match.

Sam signed for Academy from Deveronvale in September 2009. He made his Academy debut on the 5th September 2009 under managers Ian Munro and Richard Hughes in a League game away to Brora Rangers. He had a total of 350 appearances for the club scoring 144 goals.

His best XI is as follows. 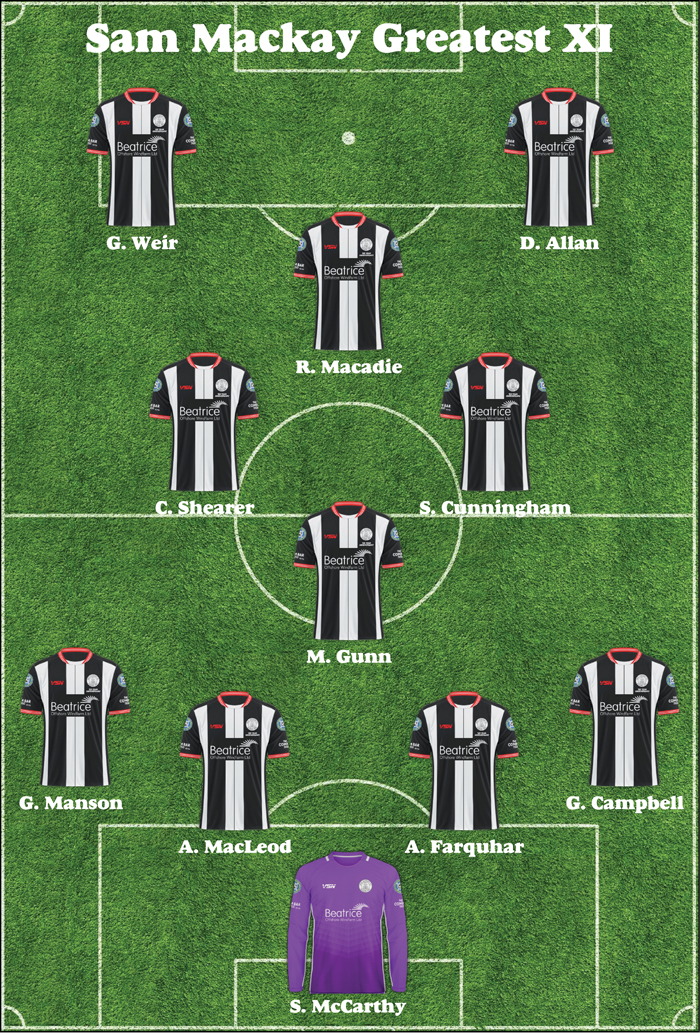