Wick Academy FC are delighted to be able to continue the re-signing of the first team squad and announce that Ryan Campbell, Jack Halliday Craig Gunn and Jonah Martens have signed contract extensions, committing their futures to the club.

These contract extensions come hot on the heels of the 4 announced on Wednesday as Gary Manson continues to tie down his squad for the upcoming season and beyond.

Gary had this to say: “Once again I'm delighted to get the boys signed up. They have shown they can comfortably play at Highland League level but I feel they've only scratched the surface, there is a lot more to come from all 4 players and I look forward to trying to get the best out of them. This continues what has been a good week for the club and we're not finished yet.” 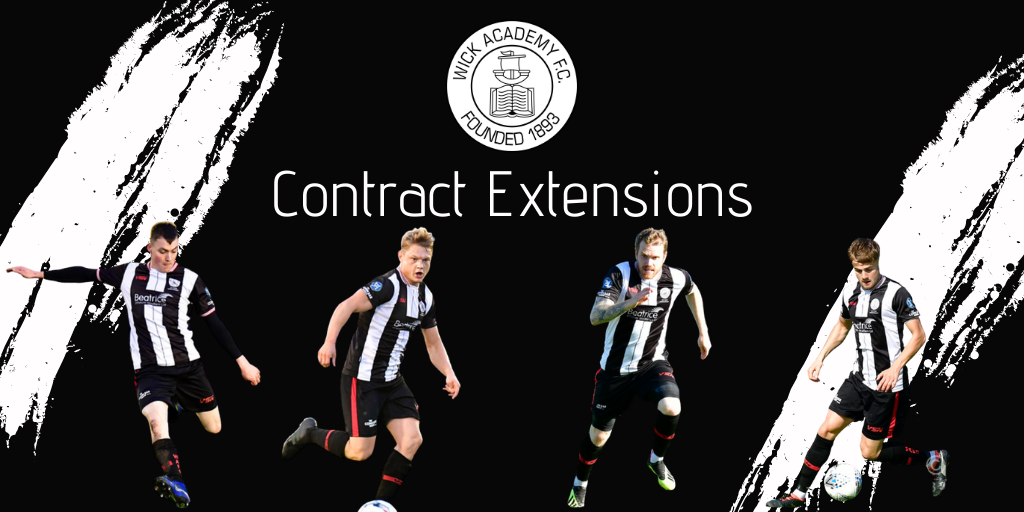