The club are delighted to announce that two of our most promising young players, Sam Barclay and Scott MacDonald, have signed their first contracts with the club.

Both players have come through the club's youth set up and really excelled last season for the U17s, with Sam scoring an extraordinary 32 goals and Scott picking up the player of the year award.

Upon signing for the club the pair will now head to Thurso on loan for the season, along with fellow promising young player Grant Aitkenhead.

Manager Gary Manson had this to say: "Its great business to get Sam and Scott signed up. They have been training with us from the start of pre season and both have shown up very well indeed, as I fully expected.

Its very important for the club to continue to promote the best young players from the youth set up, Sam and Scott certainly fall into that category.

I'm delighted the boys, along with Grant, will now head out on loan to Thurso. They'll gain valuable experience there, playing against a good standard of player week in week out which will develop them even further.

Grant has been with the 1st team for a couple of seasons now and has been progressing well, this loan is now the next stage of his development."

The 3 players will be available for Thurso's season opener against Golspie on Saturday 17th October. 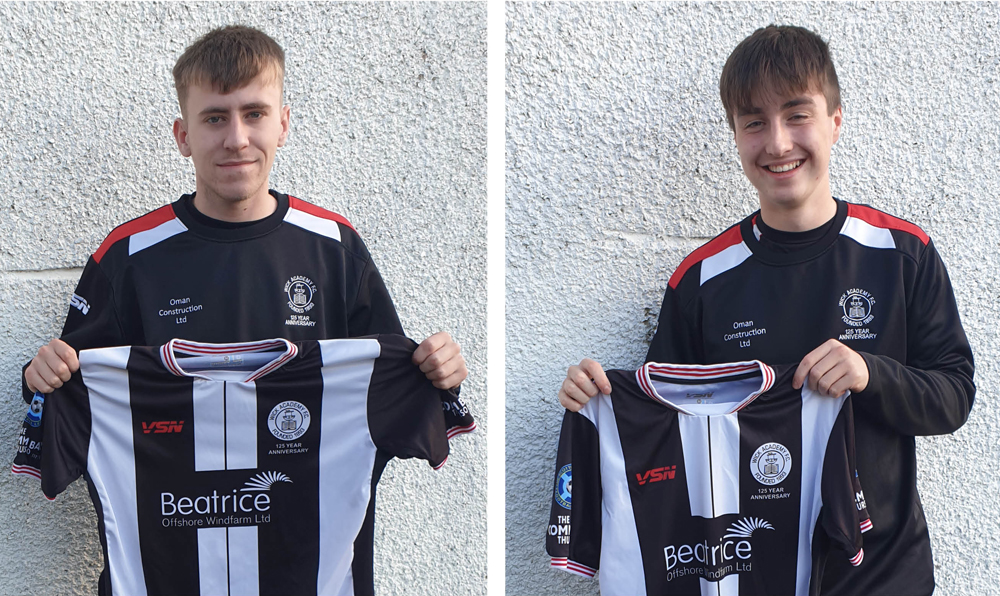