Written by John Briskham on 09 May 2012. Posted in Club News

Wick Academy Football Club are delighted to announce that manager Davie Kirkwood has signed a long term extension to his contract. Richard Hughes, Rab Mulheron and Gary Manson will also stay as part of next year's managementcoaching team.

Academy Chairman Colin Stewart comments "It is great news for the club that Davie, Richard, Gary and Rab will be with us again for next season. The management team led by Davie have secured us a top 10 finish this season, and with the majority of our players all signed on long term deals the future of the club is looking bright. Hopefully we can push on and make further improvements next season". 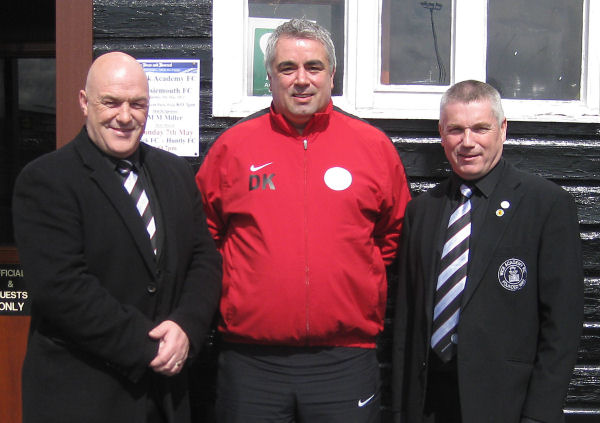