Written by John Briskham on 19 December 2012. Posted in Club News

The "Comm Bar Thurso" will replace previous sponsor Numax Energy Services who terminated their sponsorship at the end of last season.

In addition to the "Comm Bar Thurso" appearing on the front of a new home and away first team shirt, the deal will also see the Comm Bar branding take pride of place at Harmsworth Park, as well as on the Club's official website and match programme.

The first batch of new home tops is on sale in J Gunn & Co, Bridge Street, Wick. They have been flying off the shelf and there are only a few sizes left, but a new order has been placed and should be home about the middle of January. A new away top will be available about the end of February. Tops can be reserved in the shop if you wish to secure one for when the new stock arrives. 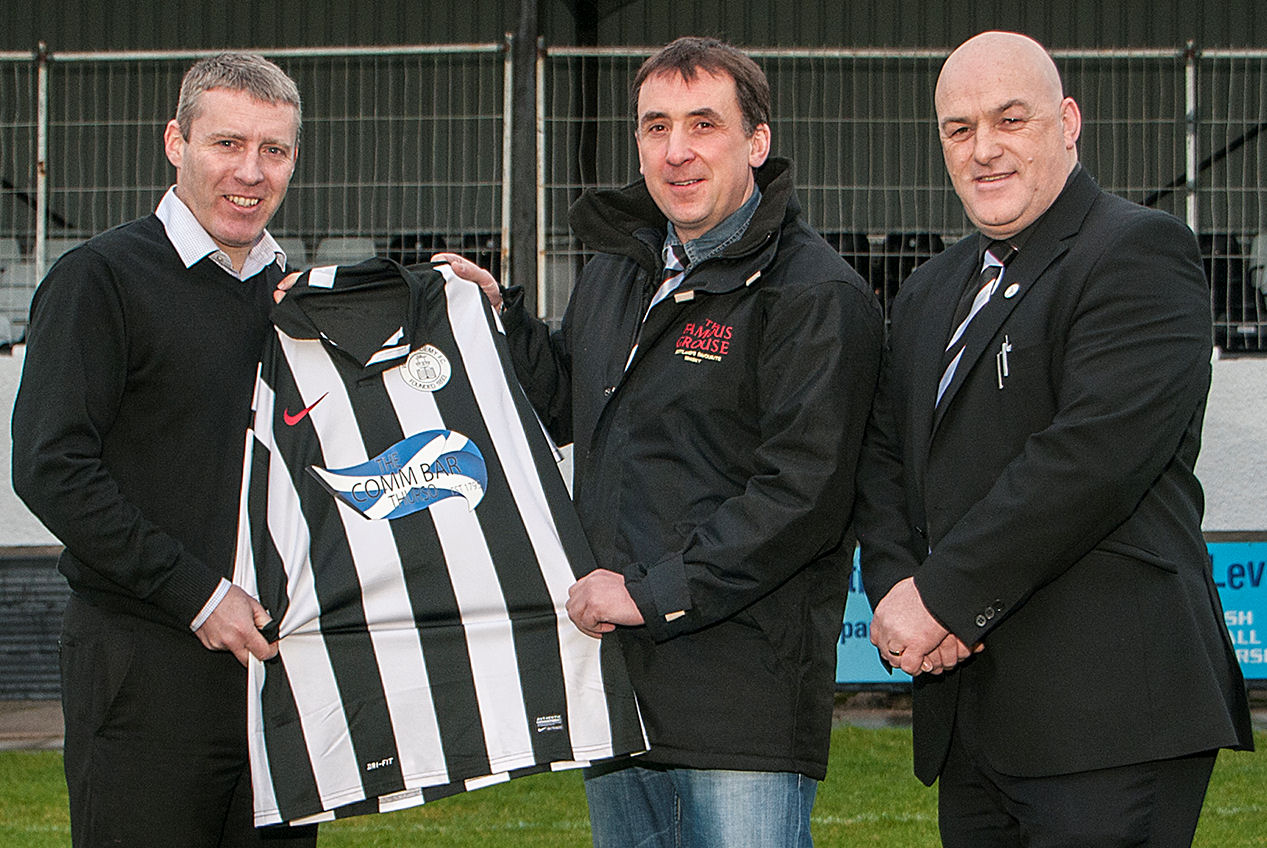