Written by John Briskham on 03 November 2013. Posted in Club News 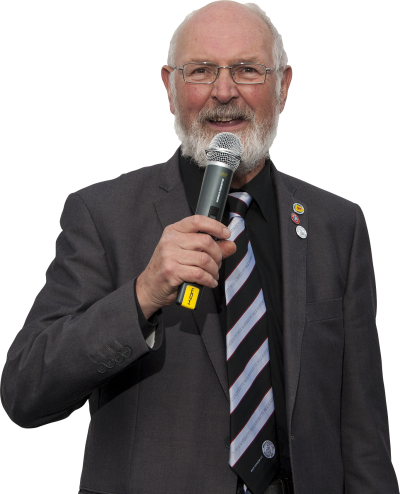 The Highland League was founded at a meeting on Friday 4 August 1893 in the Workmen's Club on Bridge Street, Inverness. Six Inverness clubs had representatives at that first meeting - Caledonian, Citadel, Clachnacuddin, Cameron Highlanders (based at Fort George), Thistle and Union. These teams and others had for five years competed for the North of Scotland Cup but now wanted regular competitive matches like the Football League, founded in the North and Midlands of England in 1888 and the Scottish League whose teams were just about to start their fourth season.J Allison (Caledonian) as Chairman and H Dallas (Union) as interim secretary conducted the business and it was noted that clubs from Elgin, Forres and Dingwall had been invited to attend but had not been in touch.A motion to form ‘The Highland Football League' was proposed by Colour Sergeant J Macpherson of the Camerons, seconded by Colin Macrae of Union, and agreed unanimously. A Mr Johnstone was elected Secretary with H Dallas as Treasurer. The post of President was left open in the hope that J F Finlayson would accept which he did in time to chair the General Meeting two weeks later.
Forres Mechanics and Dingwall (who immediately changed their name to Ross County) agreed to join, a constitution and rules were adopted and an annual subscription of £1 per club was fixed to provide funds to run the league and provide a flag and medals to be awarded to the winners. The monies taken at the gate would be shared after the deduction of expenses.
The secretary issued a first fixture list on 25 August and the first league games were arranged for Saturday 9 September. There were only two and thus history was made at Kingsmills where Thistle played Union and Victoria Park, Dingwall where Ross County welcomed Caledonian. On 16 September there was a full set of games. Forres made their debut at Roysvale Park and drew a big crowd for the visit of Thistle, the Inverness team proving much superior with a 6-0 win. Other games that day were:- Ross County v Union, Clach v Citadel and Caledonian v Camerons.
The League Management Committee, formed of a named representative of each club, faced its first disciplinary case when Clach goalkeeper MacGregor was dismissed on 30 September for punching the referee. He was dealt with leniently and served a two month ban but the committee issued a warning that any player who subsequently assaulted a referee would be suspended for life.
On 1 November Ross County resigned from the league after a dispute. They had failed to field a team for a home game against Caley and were ordered to play the game in Inverness with Caley retaining all the gate money. Caley and the other clubs who had already played at Dingwall - Union, Citadel and Clach - felt aggrieved at what was now deemed unnecessary expense. Worst of all, the league was devalued, reduced to 7 clubs and Ross County not readmitted until 1929.
Thistle won the league comfortably with Caley runners up and Clach third. So these three Inverness sides exerted their supremacy from the word go.  Clach won the second championship and Caley the third so rivalry between the three clubs from different districts of Inverness was firmly established.
The Cameron Highlanders were posted away from Fort George so in season 94/5 only 6 teams competed, while for 1895/6 Forres lost their membership due to a misunderstanding and Elgin City were elected. The following season Forres replaced Elgin but failed to complete the last couple of games after 23 April. A fine of £1 was imposed and the Forres games omitted from the league table published in the Inverness newspapers which showed Clach as champions with 3 wins and 3 draws from just six matches.
However membership numbers were healthier from 1897/8. Elgin City joined in again while Union and Cameron Highlanders returned to the fold. Forres were now settled at Mosset Park so the league had nine teams when it accepted newcomers Inverness Celtic even though like Union they had no ground to call their own and played at whatever venue was available. Clach won 15 of their 16 games and with their 31 points and Caley on 27, they finished well ahead of third placed Elgin City who were on the 18 point mark.