Voting for Supporter’s Player of The Year

Written by John Briskham on 09 May 2014. Posted in Club News

Voting for Supporter's Player of The Year

Wick Academy host Strathspey Thistle in our last game of the season tomorrow Saturday 10th May. Voting will take place for the Supporter's player of the year award, with the presentation to take place after the game. Please come along and support the lads in their final game of the season.

All of the player stats including numbers of competitive starting appearances, substitutions, numbers of goals scored and number of man of the match awards won is included in the table below. Hopefully this information will help you make your mind up as to who to vote for.

Many thanks for everyone's support throughout the season. 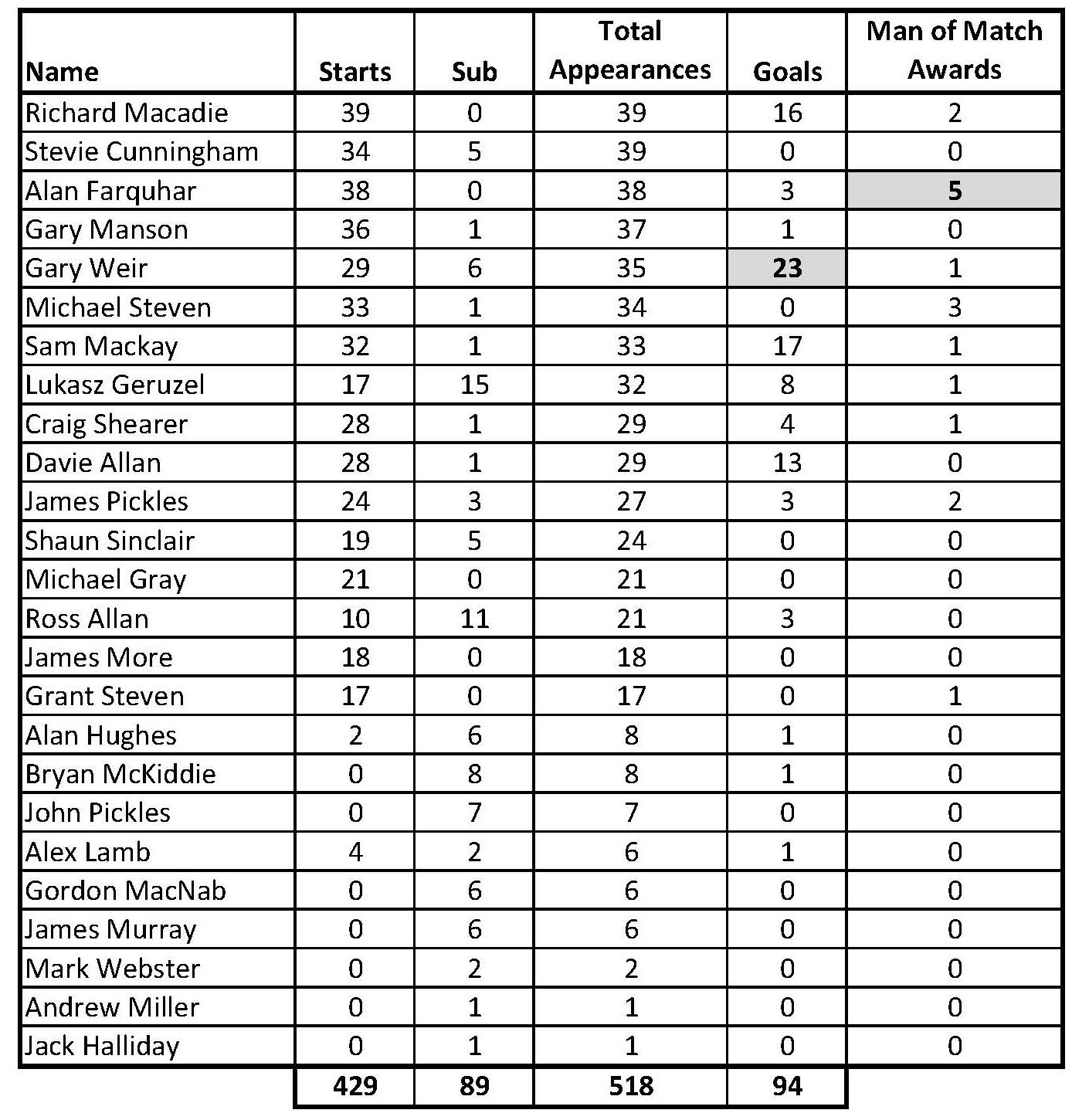