Written by John Briskham on 03 January 2015. Posted in Club News 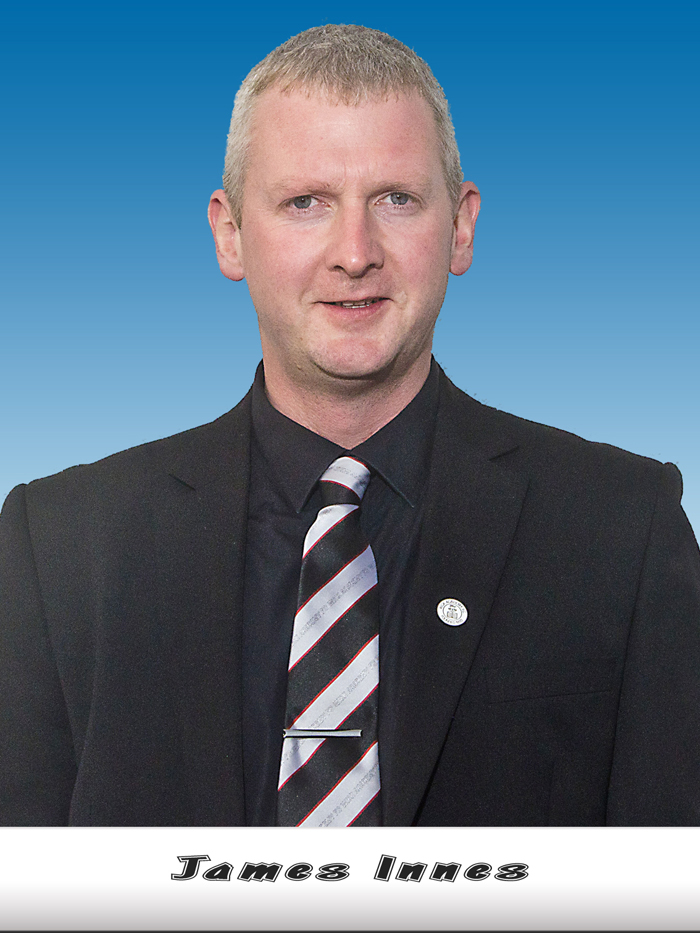 Well it's been quite a start to my Chairman's role! Highs and lows both on and off the park, new players and committee members and also new challenges....some expected, some not!

The Club has gone through what I can only describe, as a transitional period since I became Chairman in May, and with the support of the fans, the managerial staff and the committee hopefully I can build on the success of those before me who have also had the sometimes precarious role of Wick Academy Chairman. Football is a game of passion and sometimes passion overflows, sometimes to make the right decision passion has to be put to one side to do what's best for the medium to long term future of our Club, and I'd like to think that your faith in me will one day be returned when we finally see our first piece of Highland League silverware taking pride of place in our boardroom.

The constant elephant in the room is the topic of the Wick Academy Development Fund, and as you may have seen in the local paper I was keen to let by gones be by gones and to try and offer an olive branch, unfortunately there was a terse response to my suggested meeting which I can only describe as disappointing and bewildering. I can only let the public of Wick make up their own minds as to the mind-set of the office bearers still remaining within the aforementioned fund.

Turning to matters on the park at both youth and senior level it has been largely positive. Our under 17s team are now playing in black and white!....and an historic understanding which prevented them from playing on the Upper Bignold has been relented on, to which I owe sincere thanks to Wick Groats, Thistle and Rovers along with The Francis Street Club football teams for accepting our request so that our youth set up continues to flourish even more. Particular thanks must be paid to Wick Amateur Football Association Chairman, Kevin Anderson who was instrumental in talks between myself and the Association teams. Our volunteer U17 youth coaches Garry, James and Chris also deserve great thanks for their time and experience that they give to the Club. A big thank you must also go to our under 15s coaches Donald Allan, John Suttar and John Budge and we hope our strong association with Caithness United will continue to grow in the years to come.

The senior team has been the surprise package of The Highland League this year, with other teams spending big I don't think it's unfair to say that prior to the season starting we wouldn't have expected to be in the position we are now. Ably led by Goggs, Tichie and Ross Suttar the lads have had an amazing season so far, smashing the unbeaten run of games and pulling off results that other seasons would perhaps not have happened. The bite and desire to win is showing in this squad like never before and grinding out hard fought victories seems to be the new ethos of the team. Apart from our disappointing Scottish Cup defeat to Huntly I think the boys have done everyone proud and it's testimony to their displays that make us one of the best supported teams in the Highland League. Our semi-final defeat to Brora in the North of Scotland Cup was one of the best games of football witnessed in many a year at Harmsworth Park, with only the world class performance of their keeper being the difference between the two sides. Supporters either left the ground that night happy or disappointed depending on your colours, but all were in agreement that it was a shining example of two teams playing with passion and pride.

There are so many people to thank who make Wick Academy what it is, everyone who helps in the tea hut, the ground staff, the Scorrie Scoop ticket sellers, the committee, boardroom girls all do so voluntarily and for no reward, other than being part of the Club. Local businesses rally around us whenever we need assistance, and whether through sponsorship or other means, the Club would simply not survive without the goodwill and generosity of them all. Our main sponsor Scotty Youngson of The Comm Bar Thurso deserves massive thanks from the Club and we are forever in his debt for the generosity in every way possible he has shown since taking up the main sponsors role in this now his third season. Old Pulteney our back of shirt sponsor has also given us tremendous support over the years. We are also very grateful to David Green's Process Safety Solutions who are our South Stand Sponsor who we also owe massive gratitude to for his generosity.

Before I wrap up my New Year message I have to say thanks to the group of lads who brought us ‘Norrie the Scorrie'. He's been absolutely fantastic for the Club, and entertains the young and the old alike on match days, and he even made his cameo role in this year's Wick Players Christmas pantomime! Last but not least, you the supporters. Home and away we see the unbelievable turn outs to games and it is with pleasure when we look  round the grounds and see so many black and white tops, scarves hats and coats. It really gives the team a clichéd 12th man. For this I thank you, it is with pride also, when other teams visit us that they see our large and passionate support and also that their committees are always impressed with the distances some of you travel to watch Wick Academy on a match day.

I speak for everyone at the Club when I wish you all a happy and prosperous New Year.