Written by John Briskham on 28 January 2016. Posted in Club News 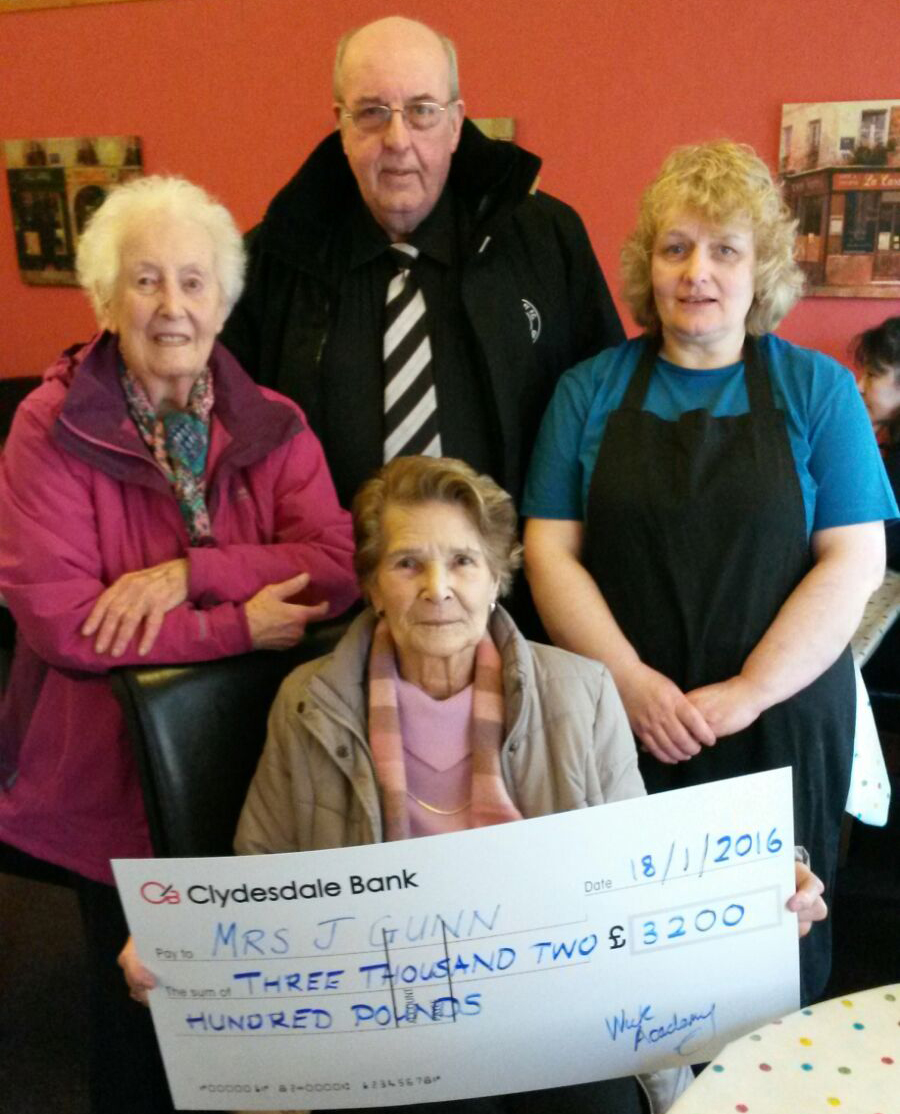 Congratulations to Mrs J Gunn on winning "The Scorrie Scoop" jackpot of £3,200.

Mrs Gunn and her friends faithfully buy a ticket every week while enjoying a catch up and cup of tea with home baking at Morag's Cafe on High St Wick.

Mrs Gunn said she has no plans what to do with the money but the tea and scones will definitely be on her next week!

Scorrie Scoop tickets are available from various outlets in the town and every penny raised goes to Wick Academy FC.