New Away Strip To Be Launched At Vale Game

Written by John Briskham on 29 September 2016. Posted in Club News

In the summer Wick Academy FC launched a competition and wrote to each primary school in Caithness offering every child the opportunity to design our new away strip. The only constraint was that the strip had to contain the colours of the newly launched Caithness flag, with amber and blue taking priority over the black of the home kit.

We were overwhelmed with the response receiving over 300 entries. The ideas the children came up with were fantastic and several of the designs caught our attention and gave us the inspiration required to be able to work with our kit supplier, EV2 Sportswear, to come up with a bespoke design.

We picked two competition winners, Isaac Seddon, P3 from Noss Primary for the jersey, and Matthew Laird, P5 from Mount Pleasant Primary for the shorts and socks. Both will receive an away jersey with the new design, and will be invited to be mascots for the launch game.

The new kit will be launched by Anne Dunnett , Lord Lieutenant of Caithness, who will be in attendance as a piper leads the team out at our home game against Deveronvale on Saturday the 1st October.  The new away top will be available for sale at the Harmsworth Park that day, and thereafter along with our other Wick Academy merchandise from Driftwood in Wick and Thurso, who are our new merchandising outlet following the retirement of Stewart Gunn.

Academy Chairman James Innes said ‘we were literally astounded by the response and the decision was incredibly hard, some of the entries must have taken hours to do and we'd like to thank each and every child who took the time and effort to submit their design' James added, ‘It affirmed our belief that Wick Academy are a county wide supported team, and to promote this we have incorporated the Caithness Flag in to the nape of the top' said James.  James went on to express the Clubs thanks to John Gunn & Co.  ‘Stewart Gunn was our main merchandising outlet for many years and we would like to thank him for everything he did for us, not only the merchandise sales but also as ticket seller for our four cup finals, and also our weekly Scorrie Scoop lottery ticket. We wish him all the very best for a long and happy retirement'.

Some of the competition entries are pictured below. 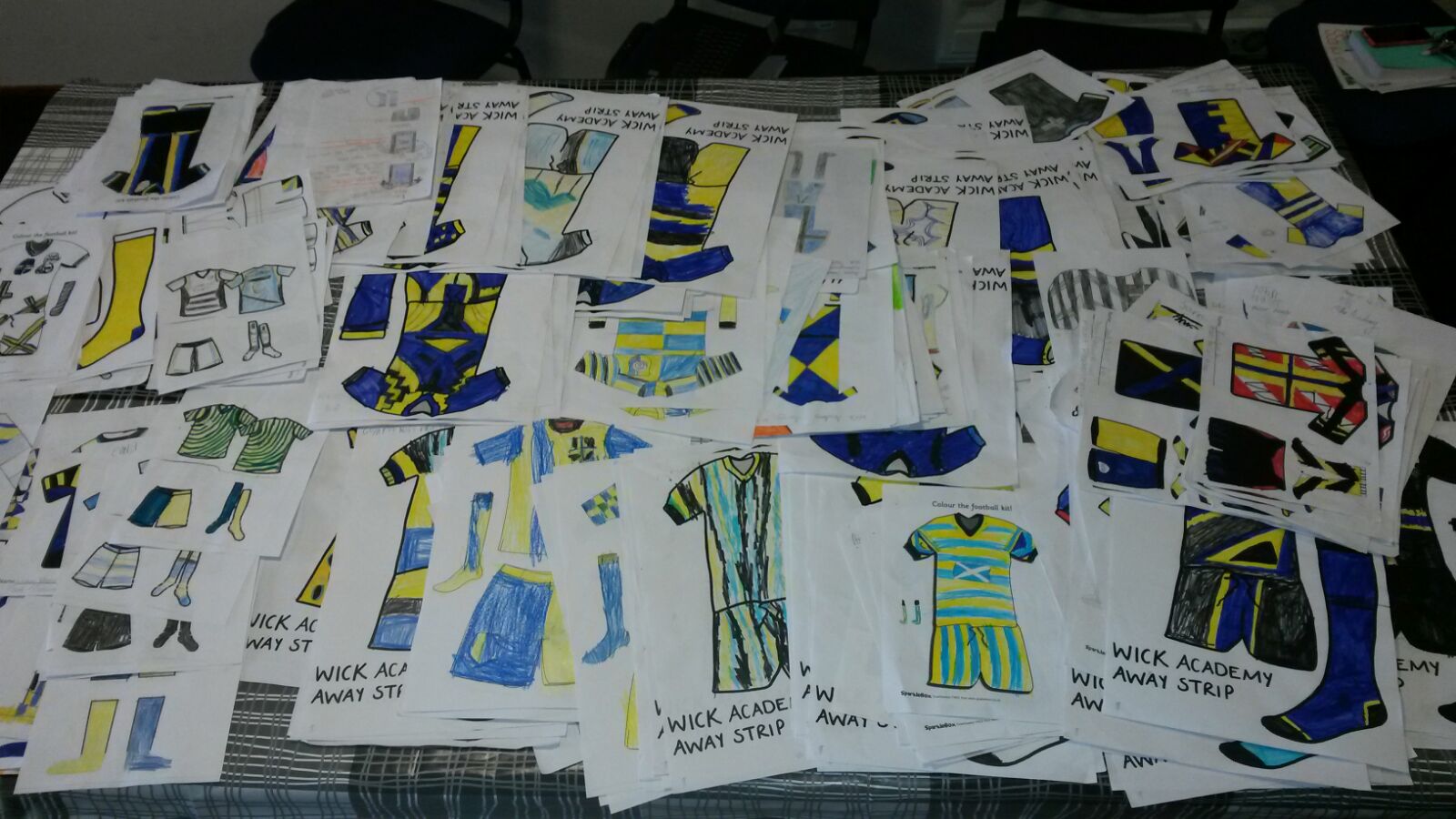