Written by John Briskham on 08 April 2017. Posted in Club News

James Fleming who used to own Blingery Farm, Stirkoke was delighted with the good news that he'd won one of the twice yearly drawn £1000 prizes. On hearing the good news from Wick Academy Chairman James Innes by phone at his now Cirencester home, he immediately pondered which local organisations might be worthy recipients of his good fortune. It wasn't too long before he decided on The Flow Country River Trust and Wick Academy FC, in particular to go towards the volunteer groundsmen equipment and consumables.

John Mackay, Treasurer of the Flow Country River Trust was invited to the boardroom for the afternoon of the Rothes game and is seen pictured with Jim McLachlan (left), WAFC Premier Club Administrator receiving the cheque for £500. The Trust of which Mr Fleming is Chairman has a  territory that stretches from Tongue in the West, down to Berriedale in the South and East for the benefit of all species of freshwater fish. More information can be found on their website www.fcrt.org 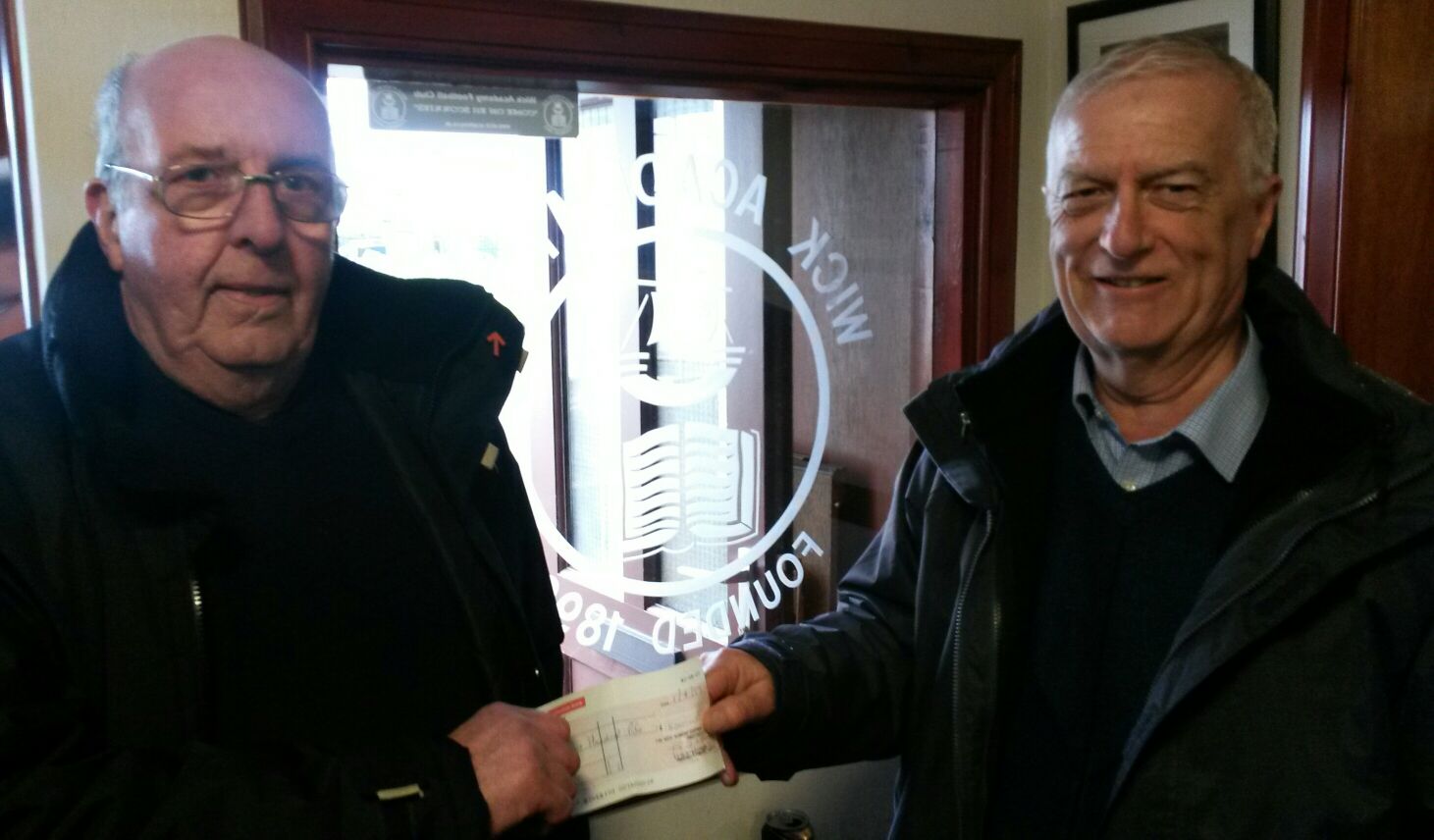 James Innes said " It was very generous of Mr Fleming to make the donations to two worthwhile causes and ours will be put to very good use here at Harmsworth Park in the off season. We will shortly be starting the intensive summer maintenance of the pitch and enclosures and we will be able to splash out on new paint brushes and rollers this year, along with perhaps a new petrol strimmer to replace our temperamental second hand one. We have already been prepping the walls for painting once the weather improves, so James's kind donation could not have come at a better time"

The Wick Academy Premier Club is a weekly subscription draw of £50 & £100 prizes with two £1000 prizes a year. Forms can be downloaded from the Wick Academy FC website or available from any committee member.