Written by John Briskham on 09 August 2018. Posted in Club News

A different sort of kick-off for Beatrice 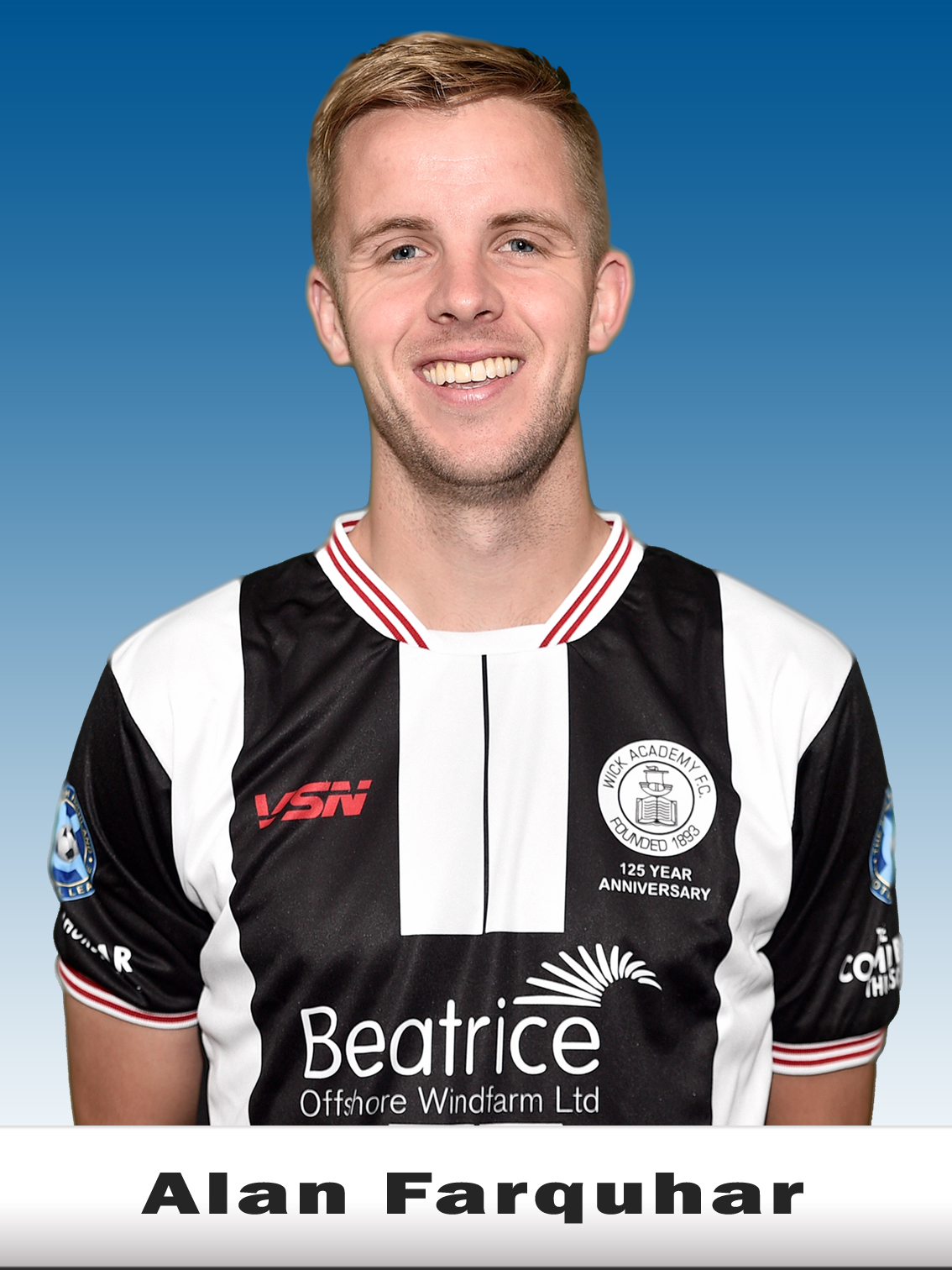 Wick Academy FC has teamed up with one of Wick’s newest resident for the next football season.
Situated 12km off the Caithness Coast, Beatrice Offshore Windfarm Limited, is proud to be sponsoring the team for the next two years. And what a year this is set to be with Wick Academy FC celebrating their 125th anniversary this October. The team will be wearing their new Beatrice branded strips as they kick-off against Deveronvale FC this Saturday at 3pm.
Whilst its 125 years of the beautiful game does make the football team a well-established part of Wick’s history, the Beatrice project is actually working to redevelop an even older establishment in Wick – the two 210-year-old Thomas Telford buildings in Lower Pulteneytown.
The redevelopment of the buildings is well underway and once complete, the buildings will house the Operations and Maintenance for the offshore wind farm, returning them to maritime use once more.
Steve Wilson, Beatrice’s Project Manager, said: “The Beatrice project team is delighted to be sponsoring Wick Academy FC this season.”
“Wick is the home of the Beatrice project and is where our operations and maintenance base for the project will be for the lifetime of the wind farm. When we first met representatives from Wick Academy we saw a great community organisation and we were eager to take the opportunity to show our support for an area that has been so supportive of our project.”
“Beatrice has recently celebrated the export of first power from the wind farm and the installation of the first turbine, and we also hope that Wick Academy FC will have something to celebrate this season – good luck!”
Chairman of Wick Academy, James Innes, said: “To have Beatrice Offshore Windfarm Ltd as our new main sponsor is a perfect fit for our Club and town and everyone is looking forward to enhancing our relationship with BOWL and its partners.”
“The boat on our Club crest could not be more fitting for the type of project the offshore windfarm is, as Wick Harbour has been synonymous with forward thinking and enterprise for hundreds of years and this is yet another chapter in the progress and success of the Club, the town and the county of Caithness at large” he added.
James thanked Scott Youngson of The Comm Bar, Thurso and also Pulteney Distillery who have both remained shirt and short sponsors of Wick Academy FC. Mr Innes said “I’m particularly pleased that Scott Youngson and the Comm Bar have stayed on board this time as sleeve and short sponsor, Scotty came to the Clubs assistance five and a half years ago when we’d no main sponsor and although that was before my time as Chairman I’ve built up a great relationship with Scotty and he truly is a great friend of the Club”
James went on to thank Ashley Ann who were the Clubs first ever shorts and sleeve sponsor. James said “We are very grateful to Stephen Bremner and Ashley Ann for their three years sponsorship which without their help and financial assistance over the years we’d have found it a lot harder to operate as the most northerly Club in the Highland League, Stephen associated with the community values within our Club that is required in all types of businesses operating away from the more populated areas of Scotland".
Club captain Alan Farquhar is pictured wearing the new home jersey. The new home and away replica jerseys should be available for sale from Friday the 17th August. We will confirm this once the stock arrives home. 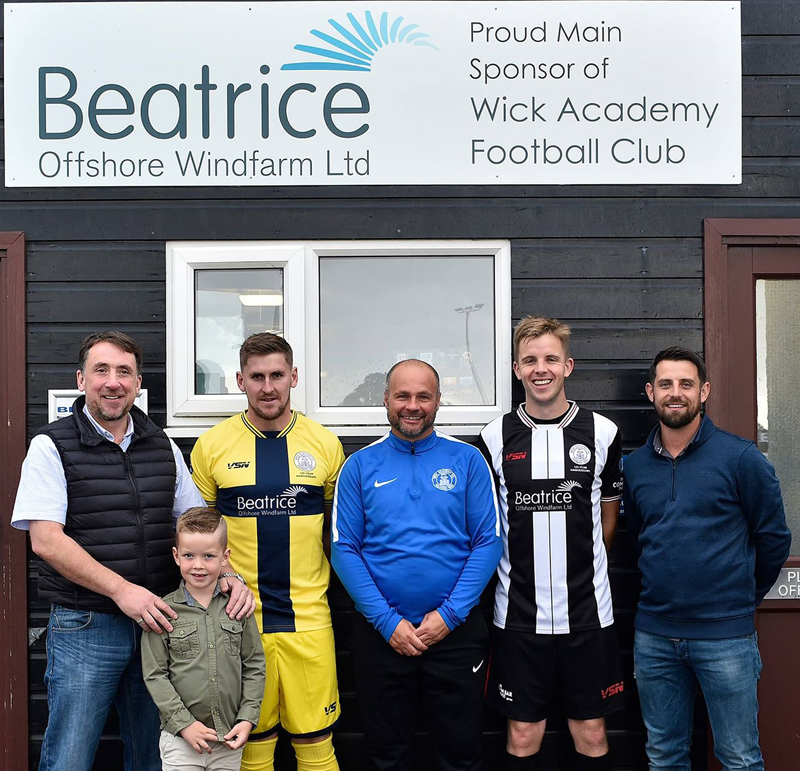 Scotty Youngson with Ryan Miller along with Paul Tomlinson representing BOWL, pictured with Michael Steven, Tom McKenna and Alan Farquhar, with the season 2018-19 home and away kit.