Written by Administrator on 14 March 2019. Posted in Club News

Wick Academy have scored a grand total for ARCHIE.

The Club netted more than £1,000 for sick children in hospital after taking part in the charity’s Beards for Bairns campaign over winter. 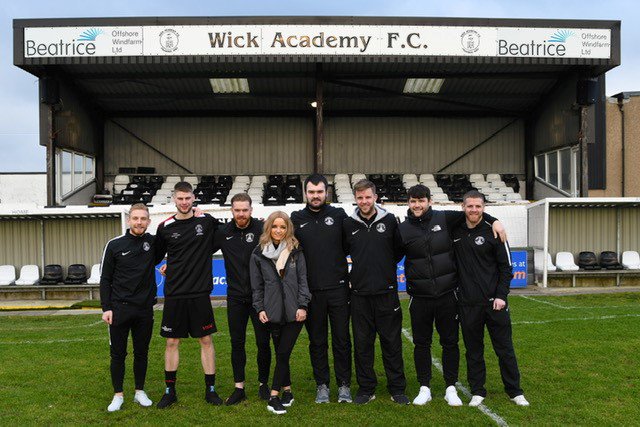 A number of players and backroom staff decided to ditch their razors for a month from Christmas Day to January 25 in aid of the official charity of the Highland Children’s Unit.

The Scorries gained sponsorship for their beard-growing efforts from fans and family members.

Club officials also decided to include the proceeds from the 50/50 half time draw from the recent game against Fraserburgh, attended by Dawn Cowie of ARCHIE, bringing the total donated to £1,046.

Wick Academy Chairman James Innes said: “Wick Academy FC were delighted to get involved in the Beards for Bairns fundraiser and gave some of us a great excuse to see how we suited a beard!

“When Dawn approached us it was a given that we would participate, not only because of the great cause she champions, but also due to the long association the club has with the Cowie clan from Helmsdale, with members of her family both having managed and played for Wick Academy FC.” 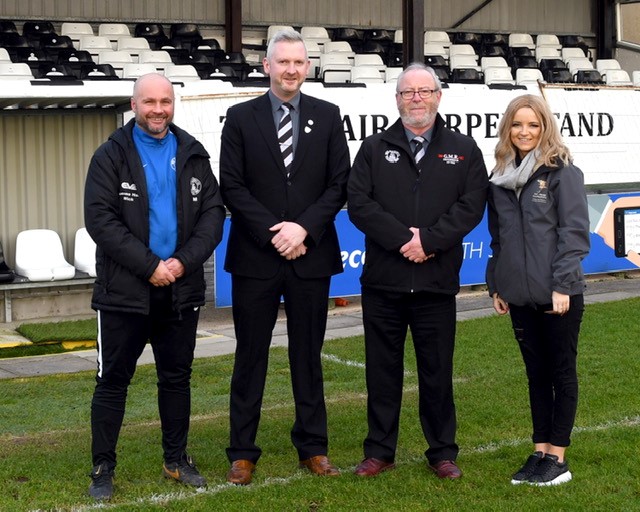 He added: “It was great to see committee, players and management getting involved by giving up the razors for a month, with the charge being led by club captain Alan Farquhar.

“Fans also played a valuable part by means of their own personal donations on the Just Giving page, but also via the club donating our half of the half time 50/50 draw the day of our home match versus Fraserburgh FC.”

Confirming that his team will take part in Beards for Bairns again next season, James added: “Dawn’s effort and dedication was humbling and we were really chuffed she and her parents joined us as guests for the day of the game against Fraserburgh, where it could be argued we picked up three points the bookmakers didn’t foresee.

“All in all it was a great day and we absolutely look forward to getting involved again.

Dawn Cowie, fundraising co-ordinator for The ARCHIE Foundation said: “We were delighted to see the guys from Wick Academy take part in Beards for Bairns and supporting ARCHIE.

“It’s a fantastic amount of money to have received and will make a huge difference to sick children in the local area.

“We wish them all the best for the rest of the season.”