Visitors to the club

Written by John Briskham on 05 August 2007. Posted in Club News

Last Saturday was a busy day at the Harmsworth Park for visitors. It started at 10:00am when Richard Bebb, a 29 year old Liverpool F.C supporter now living in Sheffield, dropped in on his bicycle on his way south.

This year, between August 4th to September 1st, he is riding to all of the clubs in the top four divisions in Scotland, plus the fifteen clubs of the highland league, fifty-seven clubs in total. He’s doing this to raise money for two charities, Mencap, and Enable Scotland. These charities support people with learning disabilities north and south of the border.

The Harmsworth Park was Richard’s first stop on this amazing journey, and he is pictured below with Chairman Colin Stewart, General Manager Pat Miller, Secretary Alistair Ross, and Committee member John Briskham. Patty Miller was also present, out of shot, as she took the photograph. Richard was presented with some Academy memorabilia, and was given a ‘wee dram’ of Old Pulteney to set him on his way. Wick Academy would like to wish Richard a safe trip and hopefully he’ll raise a good sum of money for his charities. 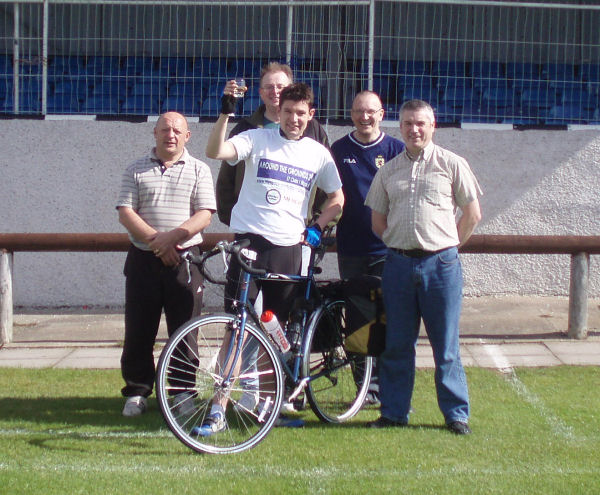 Our second set of visitors had travelled from Bradford and they arrived for our opening league game against Lossiemouth. Douglas and Wayne, pictured below, are ground hopping all of the Highland League clubs, and the Harmsworth Park was their 3rd port of call. Hopefully you enjoyed the game lads? 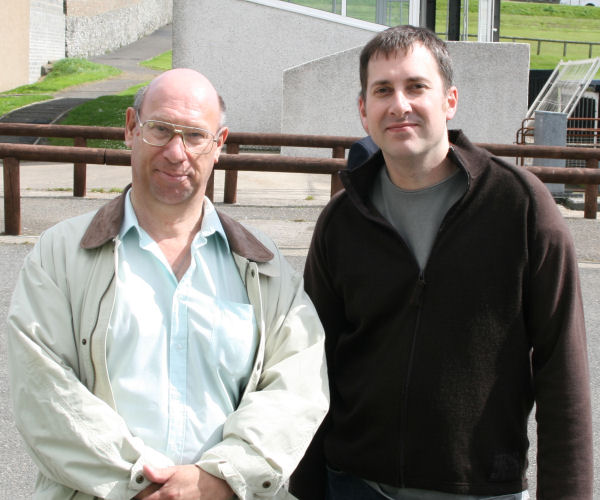