Written by John Briskham on 24 December 2007. Posted in Club News

Alisha Laimahamode is the winner of this year’s Wick Academy Christmas card competition. The club was delighted with the response, with primary schools throughout Caithness submitting a total of 84 entries, all of a high standard.

Alisha, a P7 pupil at Wick South Primary School, was adjudged to have produced the best design, so it has been printed and is being used as this year’s official Wick Academy Christmas card.

Alisha was the mascot at last Saturday’s Highland League game against Forres Mechanics at Harmsworth Park and she is pictured displaying her artwork with co-manager Richard Hughes (left) and Academy chairman Colin Stewart. 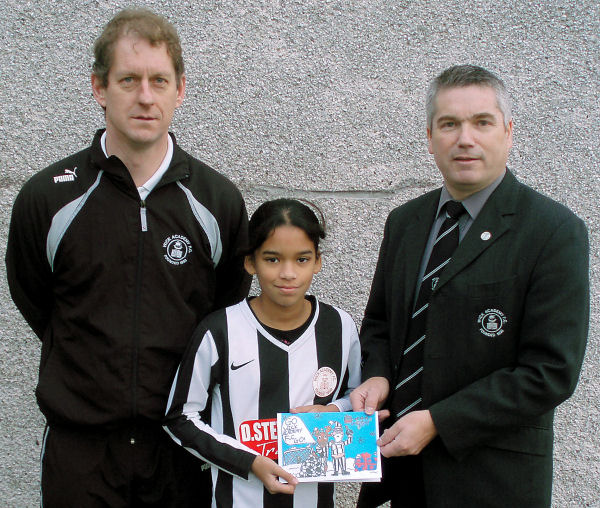