Written by John Briskham on 02 March 2008. Posted in Club News

Gary Manson wrote himself into the record-books in Academy's game against Fort William on the 16th of February when he scored Academy's 500th league goal. Gary is pictured below as referee Alan Frew awarded the goal. 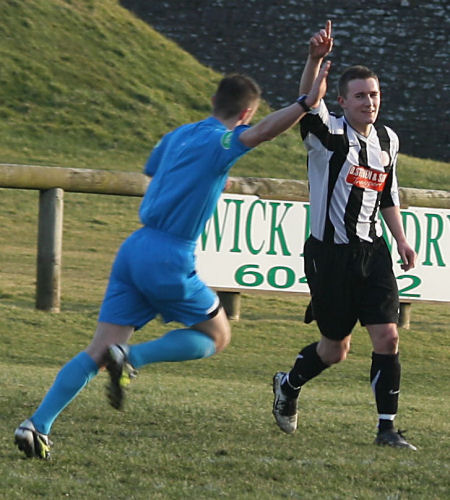 A full list of the landmark scorers we have to date are: