Written by John Briskham on 25 October 2009. Posted in Club News

Girvan was invaded yesterday by the Academy faithful, who turned up in numbers to support the team. 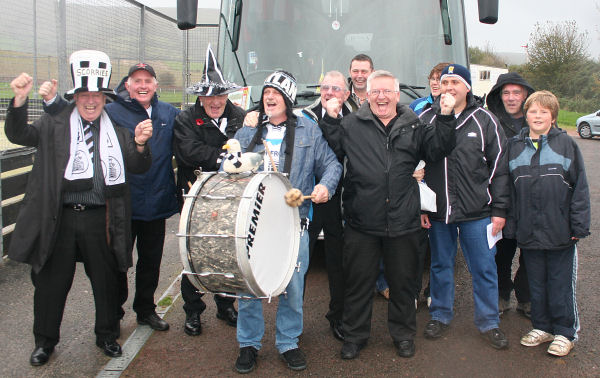 Some Academy supporters pictured shortly before the kick-off

Girvan Vice-Chairman Robert Davidson contacted Academy today to pass on his congratulations on our win, and he also phrased the fans and the team for their impeccable conduct. Wick Academy F.C. would like to thank all of the fans who travelled to the game. Your support was very much appreciated.

A new Girvan Gallery containing a set of photos - starting with the team leaving the Harmsworth Park on Friday night, to the bus trip home, has been posted on the site photo gallery. They can be viewed by following this link.