Written by John Briskham on 26 October 2009. Posted in Club News

Thanks to Alan Hendry for capturing this shot as he sat in front of the television on Saturday afternoon. 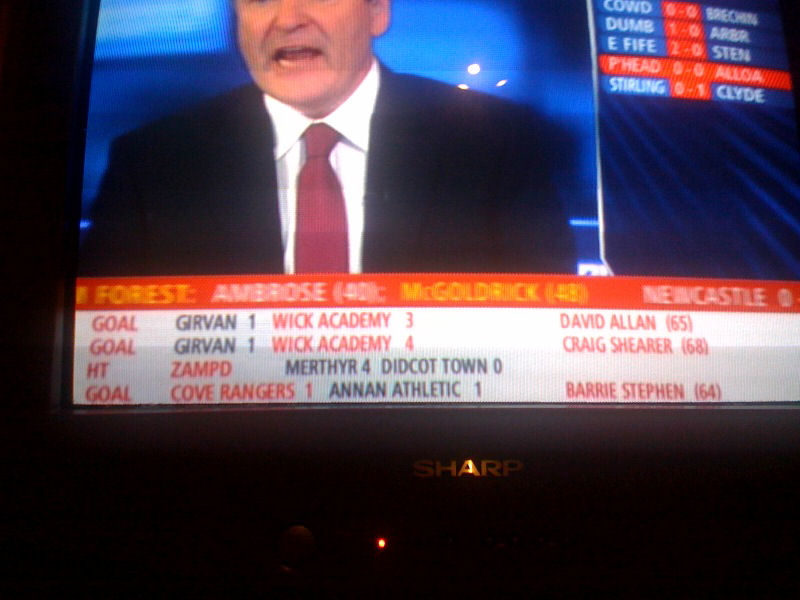 When the second goal flashed through Jeff Stelling announced "they're cruising now". He also mispronounced Richard Macadie's surname, but I think we'll let him off with that, unless you want to give him a ring Richard to set him straight