Written by John Briskham on 13 February 2011. Posted in Club News

On behalf of the Craig Shearer Testimonial Committee, I write offering sincere thanks to everyone who supported Craig's Testimonial year, be it through sponsorship and/or participation at the various events, prize donations, attendance at the Wick Academy versus Ross County fixture or simply through words of encouragement and praise for Craig himself.

I cannot speak highly enough of Ross County FC who provided a full strength opposition for Craig's Testimonial and made it a night that Craig will forever remember. Given that Wick ‘won the first half 1-0', it truly was a great spectacle for everyone associated with the Club. Ross County FC are a credit to football in the north of Scotland and will truly deserve their success when it comes. We all hope it arrives sooner rather than later.

Craig has commented that the testimonial dinner was a special night, and this was made even more so by the support provided by Murray Lamont and The Mackays Hotel who did us all proud. There are many many others who offered their support and assistance, too many to mention here but we are indebted to you all for helping make Craig's testimonial such a success.

I would also personally like to thank the testimonial committee for their hard work and commitment throughout the year, for without you, none of this could have happened. Thank You all.

Finally I would like to thank Wick Academy FC for agreeing to Craig's testimonial request and for their participation in the events.

Craig himself has said that he feels privileged and humbled by the support shown and as such has donated £1,250 to both The Henderson Wing of the Caithness General Hospital and to the Caithness Early Years Autism Centre (CEYAC) based at Pultneytown Academy and he hopes that this can provide some help to each of these deserving causes.

Craig is pictured below presenting the donations 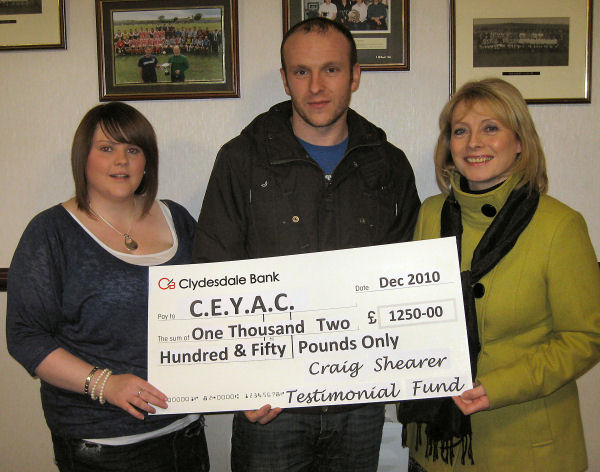 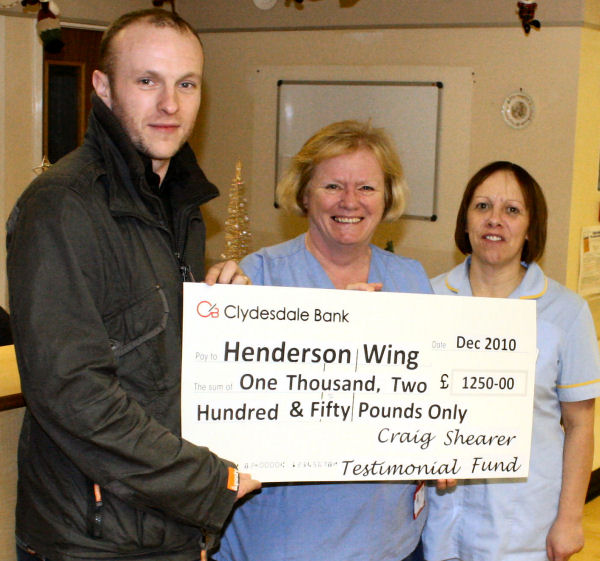