Written by John Briskham on 08 May 2018. Posted in Fixtures

The Wick Academy U17's beat Fort William 3-0 at Harmsworth Park last Sunday. The result secured them the 2017/18 Under 17 North League championship by a two point margin over last year's winners Clachnacuddin. Academy also won the title in 2015\16 with themselves and Clach trading places at the top of the table for the last 4 seasons.

One more game now remains to played in a head-to-head against SHFL Under 17's East winners Banks O' Dee. That game will determine who will be the over-all Under 17's champion. A date and venue for that game is still to be agreed and will be published when know. 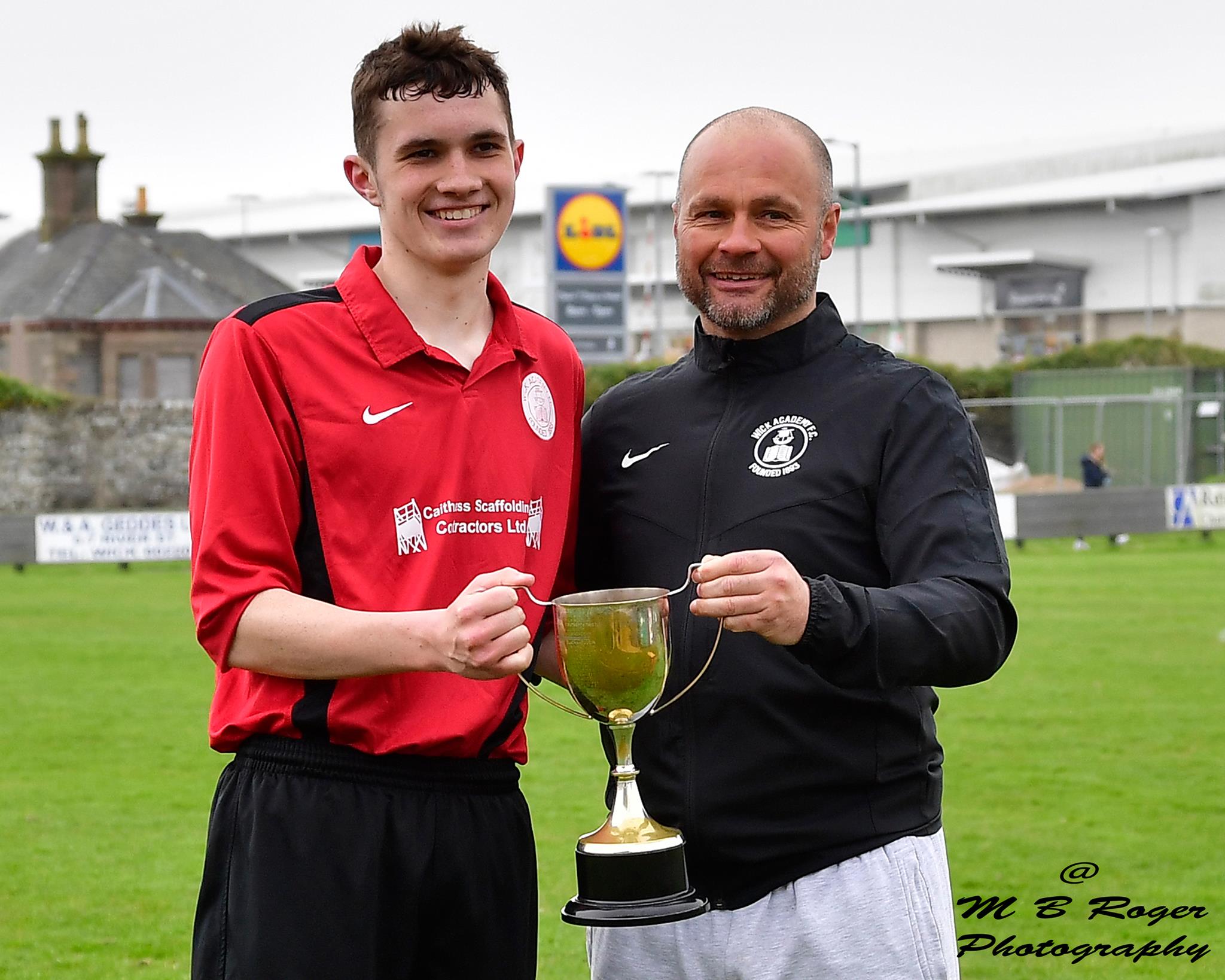 Captain Ben Sinclair with Tom McKenna and the championship trophy 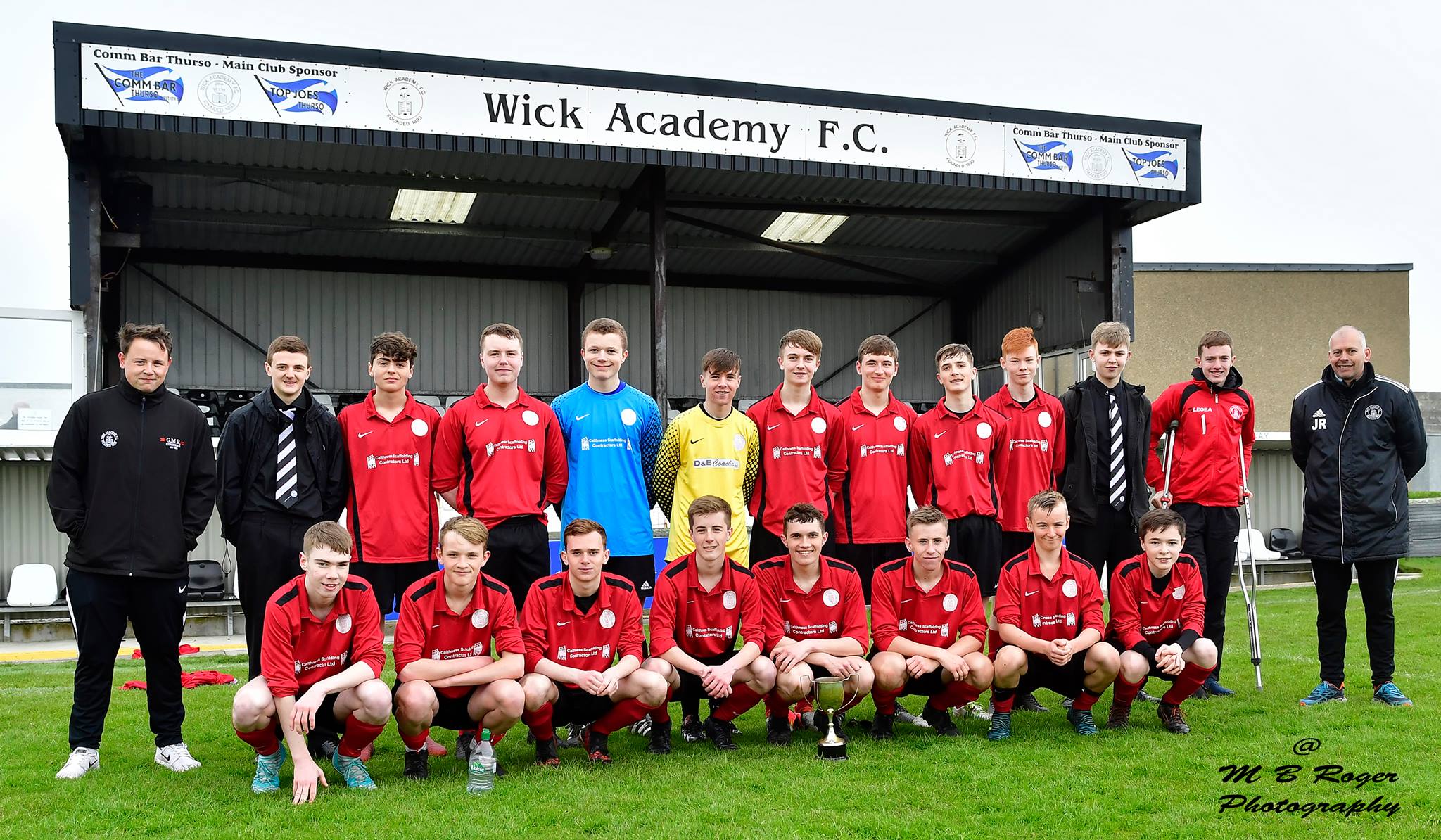