Written by John Briskham on 31 January 2006. Posted in Players

As previously reported in the January 2006 Team & Club news, Wick Academy have signed Mark Nichol on a one year contract, and Graeme Reid has signed a 2 year extension to his contact, keeping him with the club until 2008.

Mark and Graeme are pictured signing their papers 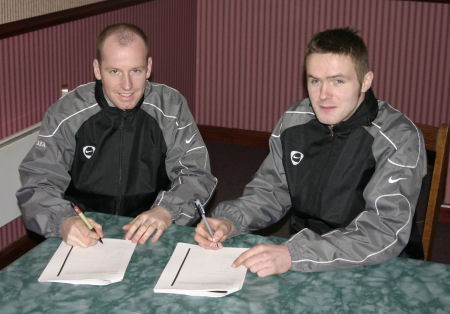