Written by John Briskham on 14 March 2009. Posted in Players

Wick Academy has bolstered its squad by signing 19 year old Michael "Joe" Steven. Joe played in the Academy U19's for 2 seasons, and has also had a spell at Brora. He has made an appearance off the bench for the Academy senior squad in July 2007 in a friendly against Ross County U19's.

"Both myself and Titchie are delighted to have signed Joe. He's another young quality player that will fit nicely into our squad. He's versatile and can play anywhere in the back 4, or in mid field. He needs to get his fitness up but he's a good prospect and we are sure he'll prove to be a valuable addition to the team." 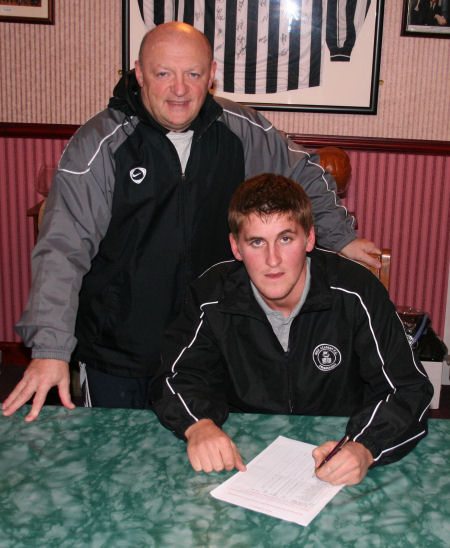