Written by John Briskham on 27 December 2005. Posted in Match Reports


It was Forres that threatened first when in the 5th minute the Forres goal keeper Martin Rae sent a long kick-out straight through the heart of the Academy defence. Craig MaCmillan managed to latch onto the ball as it fell but he pulled his shot just right of goal. A minute later Forres had another good chance, this time Neil Whyte their number 7 shot just wide from close range.


Forres kept pushing forward and in 10 minutes Lewis MacKinnon had a great run up the right hand wing and sent in a low cross which whistled through the Academy box with fortunately no-one around to connect.


Then in 12 minutes Gary Manson and Don McMillan had a bit of a mix-up when trying to clear the ball out of defence, and the Forres number 11 Ryan Green contrived to miss an almost empty net.


Academy then really got into the game for the first time with Nigel Mackenzie and Craig Shearer starting to show some fight for the game. In the 14th minute Nigel ran through the Forres defence and the last defender push him wide of goal which resulted in his shot doing likewise, just past Raes right hand post. Then 3 minutes later a deflected Academy shot fell to Shaun Sinclair who had a crack at goal from a wide position on the right, but Rea saved it well with his feet.


Forres from there took a grip of the game again, and their next chance came in the 19th minute when their danger man Lewis MacKinnon had an almost free header from a corner at the back post which he sent over the Academy cross-bar.


It only really looked a matter of time before Forres turned their pressure into a goal, and it came in the 29th minute from another corner which fell to Craig MacMillan who slotted home from close range.


Forres nearly doubled their lead in the 34th minute when Lewis MacKinnon split the Academy defence from a long punt up the field and he hit a 20 yard cracker that Don MacMillan did well to save, turning it round his right hand post for a corner. The resulting corner resulted in a stramash in the Academy box, and Don again did well saving a Forres shot with his feet low down.


Don really kept Academy in touch going into the half-time break as in the 43rd minute he foiled Craig Campbell who was played in with a neat 1-2 by Lewis MacKinnon, but Don saved well with another good low stop.


The second half started with a defensive blunder for Academy. Within the first minute of the re-start in attempting to play the ball out of defence Andrew MacLeod gave the ball away to Scott Matheson who crossed in and Craig MacMillan was at hand to finish off.


MacLeod was immediately substituted by manger Budge, with Murray Coghill coming on to replace him.


This didn’t however stop the Forres onslaught when in the 50th minute they went 3 up, this time Lewis MacKinnon scored with a header from a shot that was initially saved by Don MacMillan..


Academy were well beaten by this stage, and matters were compounded when Forres scored another 4 minutes later when the sponsor man of the match Lewis MacKinnon scored his second again from another header which just looped over Dons reach.


Don really kept this game from turning into a cricket score, this time in the 53rd minute when he made his best save of the game. Craig MacMillan must have thought he’d scored from a good shot, but Don saved brilliantly with a strong right hand.


Alistair made his last 2 changes of the game in the 59th minute with Shaun Sinclair and Gary Manson coming off for Gavin Henderson and Gary Weir.


This very nearly paid off as a lively looking Weir played Nigel Mackenzie though the middle of the Forres defence, but Rea saved Nigels shot.


Wick were given a glimmer of hope as Foress had Steven Mackay sent off with a straight red card for a very rash tackle on Nigel Mackenzie. He up-ended him with a two-footed challenge from behind, and referee Watt sent him off without any real hesitation.


Forres however to be honest didn’t look like losing this match, even being down to 10 men. Paterson sent on the experienced Charlie Brown for man of the match Lewis MacKinnon in the 72nd minute, and Justin Rodgers for Craig Campbell in the 77th Minute.


Academy almost got a consolation goal in the 82nd minute when David Cowie had a 30 yard strike saved by Rea low to his right.


Forres made their final change in the 83rd minute with Charles Rowley coming on for Graeme Grant, and Forres ran the match out for a deserved win.


This will be a disappointment for Academy who never really looked at the races today, particularly in the second half. Forres however played well and looked dangerous and well organised through-out the game. They showed really why they are so high up the league this year, and with games in hand have the potential to get right up amongst the league leaders. Academy must now put this one behind them and hope they can step up a gear for their visit to Clach on the 3rd of January. 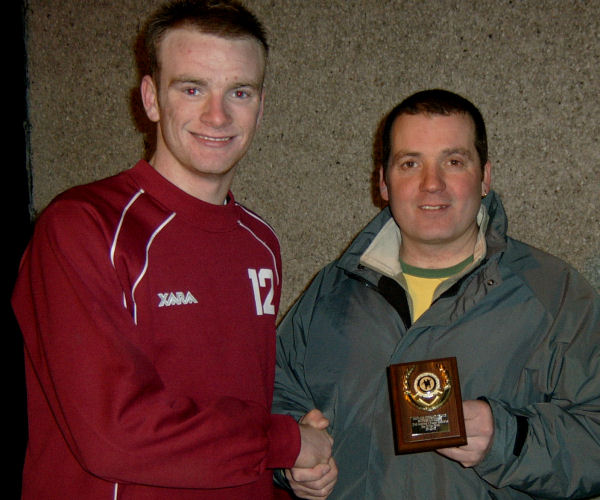