Written by John Briskham on 11 September 2006. Posted in Match Reports

Alness U19's beat Wick Academy U19's today at the Harmsworth Park by 2-1 in a thoroughly entertaining game. The Wick team were presented with new strips before the game, from Janice and John Henderson, on behalf of the Liam Henderson memorial trust. 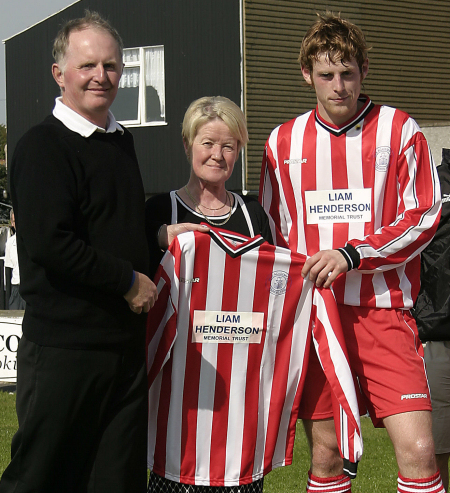 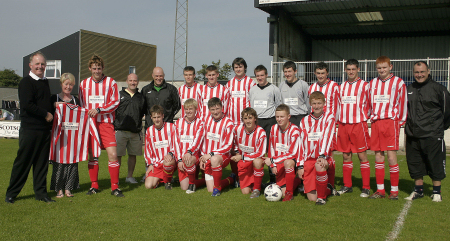 Alness scored after 37 minutes in the first half with goal from Liam Muir.

Academy almost pulled one back minutes into the second half when David Green had a free header at goal, but the Alness keeper McCallum saved well.

In 69 minutes Alness doubled their lead. The goal came from a bad challenge by Fitspatric through the back of Martin Sinclair in the middle of the field. The Academy players were expecting the ref to blow for the tackle, but he unfortunately let play continue and Stuart Murrays shot at goal came off the under-side of the Academy cross-bar and over the line.

Wick kept plugging away and with 75 minutes gone the referee Gunn awarded Academy a penalty kick when the linesman brought the referees attention to an incident where Casey Fitspatric kicked out an Academy player inside the Alness box. Fitspatric received a straight red card. Michael (Joe) Steven scored from the spot kick placing the ball inside McCallums right hand post.

Academy pressed for the equaliser but unfortunately it just didn’t come, and Alness claimed their first ever win on Academy soil.