Written by John Briskham on 16 August 2008. Posted in Match Reports

Academy entertained Charlie Duncan's Fraserburgh today in their first home league game of the season and had to settle for a share of the points.

Fraserburgh started with some good possession and camped out in the Academy half for the first period of play, but the first real threat on goal came in the 7th minute when Academy were awarded a free-kick after a trip on Weir by Christie 25 yards from goal. Farquhar lashed a dipping shot on goal that managed to get over the top of the defensive wall but it went just wide of the right hand post.

Academy took the lead with 12 minutes on the clock. Shaun Sinclair threaded a good pass through the middle of the field for Shearer and he ran forward into the box and slotted home past Leask's right hand.

Fraserburgh almost pulled the game level minutes later when Stephen struck a lay-off from a free kick against the corner of the cross bar and goal-post. It re-bounded into the box and was finally cleared to safety by Manson.

Cowie was next to try his hand in the 23rd minute as he had a 20 yard crack at goal, but his effort shaved the top of the Broch cross-bar.

Academy at this stage were having the better attempts on goal, with Macadie shooting just wide, a Fraquhar attempt deflected out for a corner and a Shearer attempt from 10 yards also going over the cross-bar.

Just over the half hour mark Fraserburgh had their best chance of the half. Johnston pounced on some dithering in the Academy defence and with some quick thinking tried to lob More from about 15 yards but his attempt went just wide of target.

Fraserburgh started the second half in better form and started to apply some pressure to the Scories back-line and Stephen forced a great diving save from More with a 15 yard drive that was heading for the bottom right hand corner.

Academy held firm though and Ross and Lamb at the heart of the Academy defence seemed to be coping and managing to clear the mounting Fraserburgh pressure.

It took ten minutes of the second half before Academy got their first sniff of goal when Manson was released up the left wing before crossing into the Fraserburgh box. The cross was cleared by the Fraserburgh defence but came back out to Farquhar who floated it back in to Weir in the middle of the Fraserburgh box. He controlled the ball, went round his defender and tried to chip the ball into the net. It went over keeper Leask but clipped the outside of the Broch post.

Academy came close again on the hour mark when Farquhar punted a long ball into the box which Macadie did well to get his head to but keeper Leask scrambled back and managed to touch it round the post.

At the other end More was again called into play as he denied Stephen by getting finger-tips to his effort turning it onto the post.

Fraserburgh went down to ten men in the 72nd minute when Ryan Christie was sent off by referee Hasson, presumably for complaining a little too much to the assistant referee after a decision that he felt should have gone his way.

Fraserburgh to their credit kept pushing forward and McBride almost pulled them level with a 25 yard crack at goal, but More was yet again on hand to make another good save, turning the ball round the post for a corner. The resulting corner was deflected for another corner-kick, and at the second time of asking Fraserburgh made this one count when Milne ran onto the crossed ball and powered his header home from close range.

Seven minutes from time Weir won a penalty for Wick as he tried to squeeze his way between West and Hay in the Fraserburgh box. Referee Hassan adjudged that he was impeded and pointed to the spot. Weir took the ball restored the Scorries lead by coolly slotting past Leask's right hand.

Disappointingly Fraserburgh yet again squared  the game less than 2 minutes later. McBride hoofed a high ball down-field into the Academy box. More misread the bounce and Johnston nipped in to head home.

Academy were left with one last chance to then win the game within the few minutes that remained when keeper Leask saved a point-blank attempt from Macadie.

Academy's has a free week next Saturday, and their next game is either on the 26th or 27th of August in the ITP North of Scotland Cup semi-final against Inverness Calley Thistle. The final date and venue for this game has yet to be agreed, so watch the web site for further details. 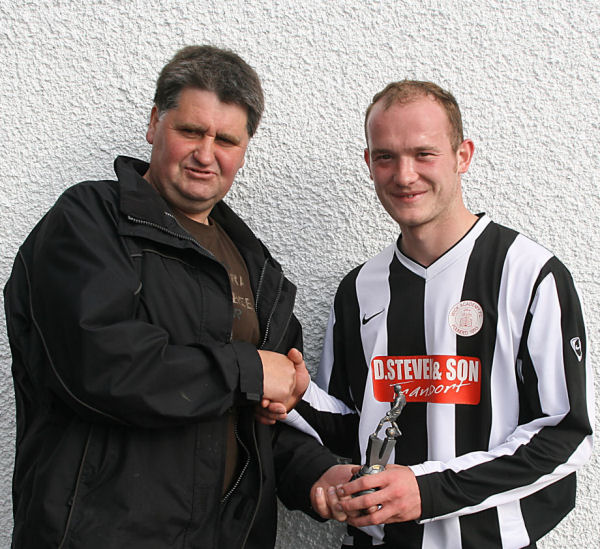