Written by John Briskham on 20 November 2010. Posted in Match Reports

Turriff travelled to the Harmsworth Park today in great form sitting in second spot in the table. Given their form thus far this season they started the game as favourites.

It was Academy however that grabbed the early initiative when they broke the deadlock in the 43rd minute. Scorrie's skipper Martin Gunn bagged his first league goal of the season, and Shane Sutherland doubled the lead a minute later. Dean Cowie pulled one back for the visitors 2 minutes after the half-time break, and their top goal scorer Michael Ewen levelled the scores with just over 20 minutes of the game left. The visitors then really turned the screw and showed why they are in their current league position, as another 2 goals were to follow from Donald Fraser in the 75th minute and super-sub Grant Noble in 82. To add to the pain the visitors went nap on the stroke of full-time when Noble chalked up his second of the game.

Wick started this game in bright fashion and had a chance to take the lead after 4 minutes, Gary Weir played a high ball over the Turriff defence to Davie Allan but Allan could force his shot on target.

Shane Sutherland then showed great footwork down the right wing before crossing into the box where Weir got his head to the ball but could only head over the bar.

just a minute later and Turriff had their first real chance, a cross form the right was knocked down by Dave Mackenzie into the path of Mark Cowie but his shot was deflected wide for a corner.

On 23 minutes Turriff should have really taken the lead after a great passage of play, Mackenzie runs into the Wick box with the ball but is tackled by Michael Steven, Mackenzie emerges from the tackle with ball and lays it back to Mike Ewan but he can only shoot straight at the keeper from 10 yards.

Just three minutes later and Wick's Craig Shearer found himself with an opportunity, the ball sat up nicely about 25 yards out and his low effort was tipped around the post by the Turriff keeper.

On 37 minutes Craig Dorrat played a one two with Ewan, the cross finds Mackenzie at the back post but he can only head over the bar.

Wick took the lead on 43 minutes with a goal of the season contender from Martin Gunn. Richard Macadie's cross was not properly cleared and the ball fell nicely to Gunn 25 yards out and he unleashed a first time unstoppable volley into the bottom corner to give Academy the lead.

just a minute later it was 2-0 Macadie's cross found Sutherland and he took a touch before coolly slotting home.

Just two minutes into the second half and we see another goal of the season contender. Wick's Alan Farquhar can only head a cross out as far as Dean Cowie and from a similar position to Martin Gunn in the first half he unleashed an unstoppable volley into the top corner, game on.

Wick were nearly 3-1 up after 66 minutes, a Macadie free-kick from 25 yards came crashing back off the face of the bar and Shearer could only head the rebound over.

Just three minutes later Turriff were on level terms, Donald Fraser drove down the right wing and his cross into the six yard box found Ewan, the ball seemed to get caught under his feet but he managed to back-heel the ball home.

Just 6 minutes later and Turriff took the lead for the first time in the game, Mackenzie played a one two with Ewan and Mackenzie waltzes through the wick defence but his shot hit the post, the rebound falls to Fraser and he makes no mistake with the rebound.

On 82 minutes Turriff put the game beyond doubt with a fourth, Grant Noble linked up well with Ewan and from the left of the box he curled a shot into the top corner of the goal.

Just to complete the misery for Wick Turriff added a fifth in stoppage time, a cross from the left found Fraser and his cutback found Noble and he added his second of the game with the aid of a deflection off of Craig Shearer.

The result is Academy's highest league goals against tally of the season and the first time since March 2008, when Buckie beat us by the same score-line, that Academy have lost 5 goals at home. 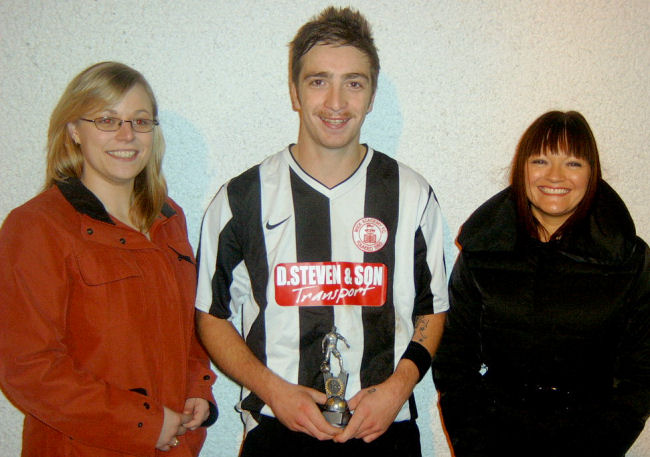