Written by John Briskham on 22 December 2016. Posted in Club News

Wick Academy are delighted that Stagecoach have agreed to be our dugout sponsor for the next year.

Assistant Operations Manager for Caithness John Gunn says "Stagecoach in Caithness are delighted to sponsor Wick Academy's new dugouts and would like to wish Academy all the very best for the season ahead."

James Innes said "The old dugouts had attracted a bit of cult status, but for the wrong reasons, the one long hard bench although in perfect condition wasn't the most comfortable and with more subs available to select we felt an upgrade was overdue. Thankfully the generosity of Stagecoach could not have arrived at a better time and I'd like to thank them and particularly John Gunn for facilitating the deal. Hopefully both our team and our visitors are as comfortable as John's passengers in their new seats!"

John and his son Bruin are pictured beside the new dugouts with Wick Academy Chairman James Innes and Vice Chairman Ewan MacKenzie. 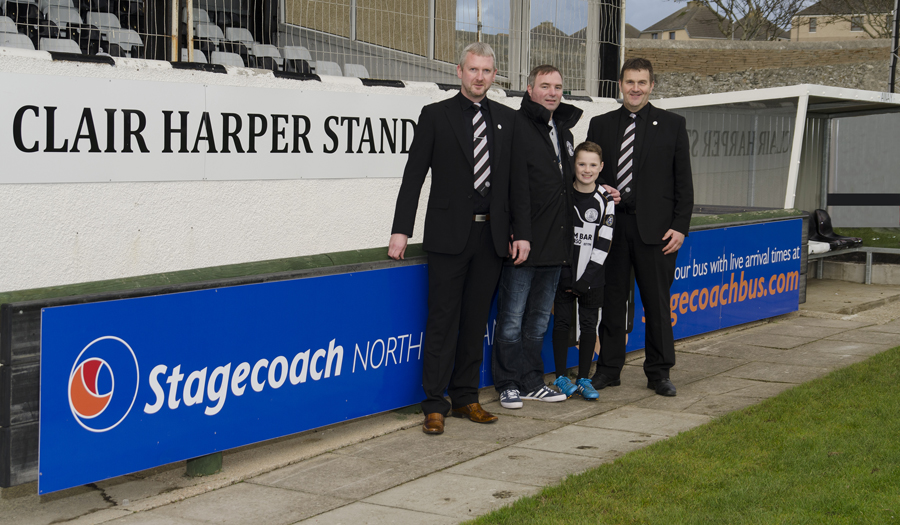